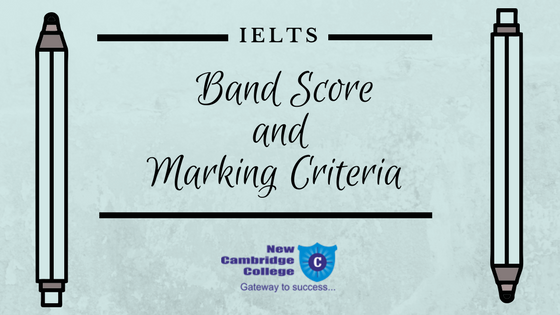 How are the IELTS Band Score Scaled to 9?

The  International  English  Language  Testing System, popularly known as IELTS adopts a standardized system in order to evaluate the performance of the candidates. The  unit  used for scoring is BAND. The IELTS Band score ranges from 1 to 9 with 1 being given for the poorest performance and 9 for an outstanding one. It is hard to get 1 as well as 9 bands in IELTS because the test is not too difficult to secure a mere 1 band and not too easy to get an overall IELTS band score of 9. The average score which is accepted by most of the universities abroad and is considered good is 6.5 ,7 , 7.5 + bands.

In  order to serve both the students and the working professionals who wish to migrate to abroad countries for either  their studies or jobs, IELTS comes out with two forms of it- IELTS Academic for those who wish to continue with their studies and IELTS-General Training for those who wish to enjoy working in a new country. Both the tests have same basic pattern and tests the candidates on same grounds with some differentiation in Reading and Writing module.

Let’s have a look at all the four module for both Academic and General Training separately:

Reading module tests the ability of an individual to understand English properly and based upon that understanding, draw some conclusions. The test consists of passages with questions asked out from it at the end. Both Academic and General Training test the same ability with difference in the difficulty level and form of passages given. In total, there are 40 questions which if answered correctly brings a band score of 9. Based upon the number of incorrect responses, there is deduction of marks and consequently bands which is different for both Academic and General Training paper. In order to have a better understanding of the marks obtained and their corresponding scored bands, let’s have a look at the tables given below.

For the general reading test, which contains 40 questions, the approximate band scores can be calculated using this table.

For the academic reading test, which also contains 40 questions, but is more difficult, the approximate band scores can be calculated using this table.

A properly answered question keeping in view the guidelines helps an individual secure desired bands in this section.

Listening Section, which is considered as easiest of all the sections again contains 40 questions in total asking questions based on 4 sections having a conversation or a lecture. The pattern as well as the marking criteria remains same for both the Academic and General Training paper. For a better understanding, let’s have a look at the band scores in form of a table.

For the listening test, which contains 40 questions, the approximate band scores can be calculated using this table.

In speaking section, a candidate is tested on the basis of his ability to carry out conversation in good English. In other words, to get a desired score of 7+ bands in this section, one needs to a good speaker of English language. By good speaker, an IELTS Examiner or the evaluator means someone who can put forward his viewpoint regarding a particular issue clearly and logically while maintaining grammatical accuracy and not compromising on pronunciation of words spoken. This is the criteria on which a candidate is marked. A good answer having coherence, perfect grammar and standardized pronunciation is a sure way to secure desired IELTS band score.

Writing, or in a better way, the subjective part of IELTS consists of two parts- 1- Writing Task 1 and 2- Writing Task 2. Even though the writing task 1 is different for Academic (Data Interpretation) and General Training (Letter), the marking criteria remains same for both the tasks in both forms of the tests. Firstly, a candidate is scored individually for both the tasks and then an average of  both the tasks is taken which equals to the overall score in writing section. The writing task is assessed on the basis of logical reasoning in relation to the topic, maintenance of coherence , grammatical accuracy and task achievement. Generally, a band score of 7 is considered good in writing section.

After analysis of all the four sections individually, the overall score is obtained by taking the sum total of individual scores in four modules and dividing it by 4. For example, if a candidate scores 7 bands in all the four modules, then his overall band score would be : 7+7+7+7/4=7 bands.